During my life I did visit Greece a few times and I also visited Athens once. Unfortunately, the length of my stay and the program did not allow me to explore any of the well known Greek antique sites. That is why I now took some time to visit some of these  sites.

I visited Delphi, which is spectacularly located on the slope of the sacred Mount Parnassus. It also hosts the Apollo temple eith its Oracle.  in the ancient times, a priestess, who was appointed for life, had the honor to provide the to provide the ancient Greeks with information and advice as dictated by the gods, she possibly may have gotten in transce due to the gases rising from a crack in teh ground. The complex also houses a theater, a stadium, the temple of Athína and possibly the oldest known piece of musical notation.

Although I had visited Meteora before (during a Geology tour in 1994), I chose to do so again because of the beauty of the surroundings and its monasteries. Since Meteora is about 300 km from Athens, I chose to take the train. After a failrly comfortable ride of about 4 hours I arrived in Kalambaka, the base for exploring Meteora. We visited the St Nicholas Monastery, which is still the most original of all, the Great Meteora, also known as the Monastery of the Transfiguration of Jesus Christ. This monastery is a village in itself and the church is of unparalleled beauty. a number of monasteries were, despite the rainy and misty weather, also easy to be seen from a distance. Finally we visited one of the nunneries, called Saint Stephanus with a beautiful garden and a splendid view over Kalambaka. The train took me back to Athens where are reutrned in the late evening.

Another highlight was a visit to the ancient Theater of Epidavros (Epidaurus) with its fantastic acoustics. You could hear someone whispering when sitting at the toprow of the theater stands, where teh speaker was located in the center of the Orcheston (stage). We also visited Nauplion, an old Venetian town. We closed the day be visiting a settlement of the Mycenaeans, a civilization that was about 500-1000 years older than the Greek. In this city, built around a palace, there was an Artists' residency area, other residential houses and a number of burial chambers, some of which were completely intact, including the beautiful treasury of Atreus. On the way, we also visited the Corinth Canal, which was excavated in the 19th century and which also offers a beautiful view of the geological deposits of the area.

Of course there was also enough time left to explore Athens itself. I used three full days for this, which is actually not enough. The modern city of Athens has only been around for about 150 years and it is not particularly interesting. In the centuries preceeding the modern urbanazation, there were only a few settlements among the ancient ruins located within a mostly agricultural area. However, the splendure of Athens lies in its ancient sites which were scattered throughout the city. Of course, the Acropolis (literally: Upper City) should not be missed. The Acropolis can be seen from afar and has, in addition to two beautiful Theaters and an impressive entrance, also the famous Parthenon temple.

The Roman and Greek market towns (the Agoras) are also worth a visit, especially the Agora of Athens with its Stoa (semi-enclosed space), the Temple of Hephaistios - which is in almost intact condition. The Library of Adrianus is also worth a visit.

Of course we should not forget Greece's Olympic past and I visited the Panathenaic stadium, which is actually a reconstruction of the original athletics stadium that was built around 400 BC. It is the only stadium in the world completely made of marble and has about 80,000 seats. A small Olympic museum can be found in the stadium.

Also od special interrest is the Archaeological Museum that houses the Antikythera mechanism. This mechanism, which is dubbed as one of the oldest "computers", was a complicated device consisting of various gear mechanisms. It was used to calculate the positions of celestial objects as well as calculate solar and lunar eclipses in the future.

To end this beautiful week in style, I visited the temple of Poseidon, which gave a very beautiful view during sunset. The journey ended magically at the hot spring of Vouliagmeni, which is beautifully illuminated at night. 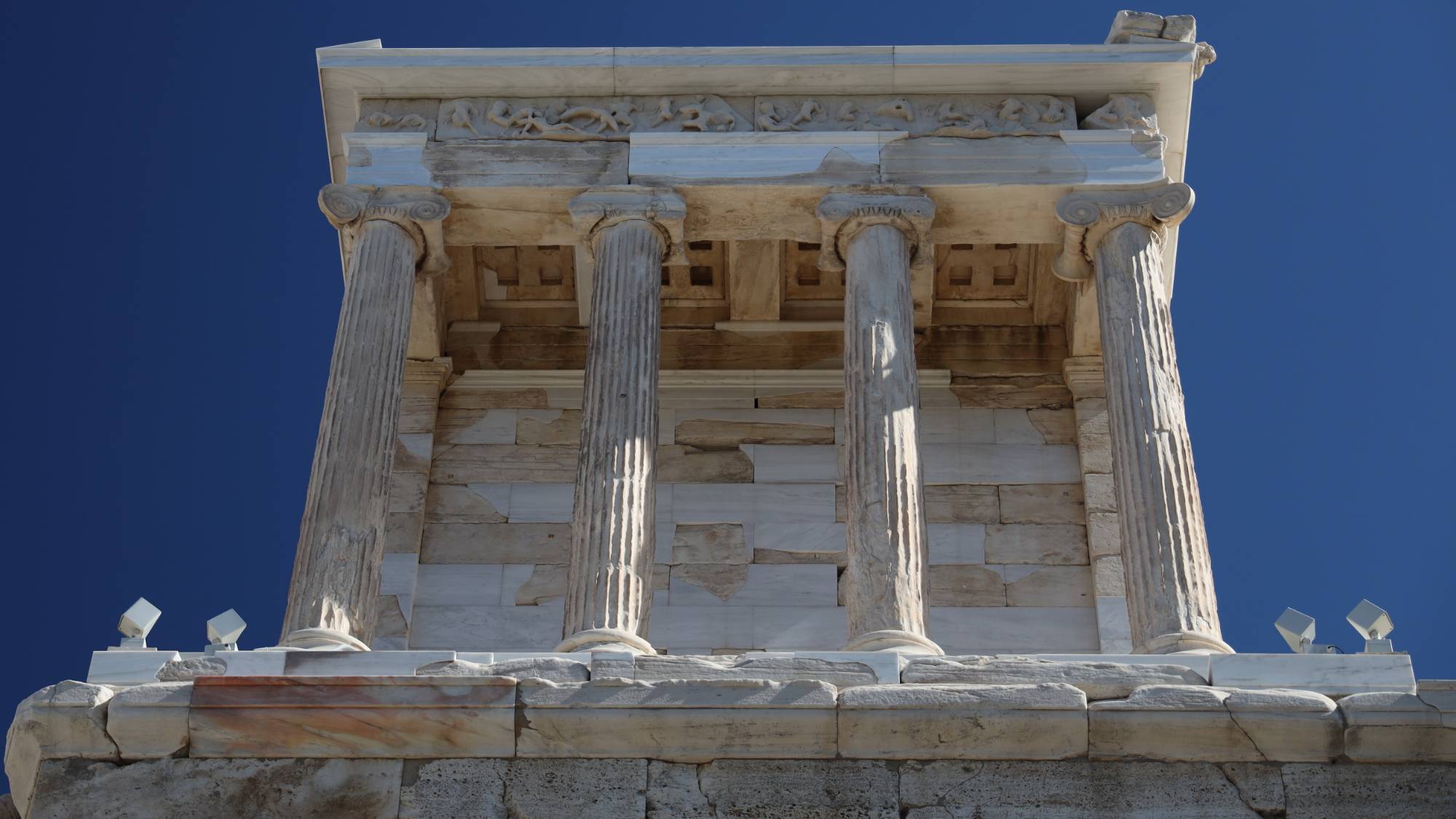